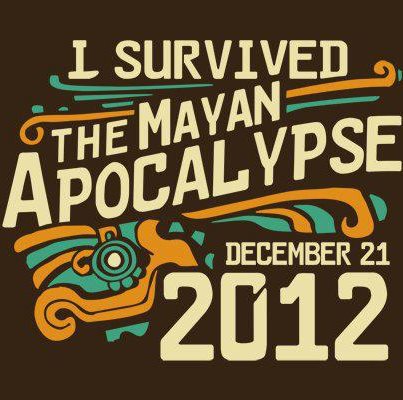 Well we are still here...not really a surprise.

In case you missed it, on today's show, I will be on a bit of a mini-vacation for the holiday and I will return with a program on Wednesday December 26, 2013.

First please do not drink and drive this holiday season. Every year it seems like I hear of one person that dies thanks to the mixture of alcohol and driving.

Secondly, at your local pet shelters there are loads of pets that are hoping, against hope, for a forever home this Christmas.

I can't think of a better way to show love- the pretend reason for the Christmas season- then by adopting an adult or senior/disabled pet and saving them from the gas chamber if your shelter has to make more room at the inn and it is not a no kill shelter.

Oh and this is the lady from today's kitty story at the end of the show: 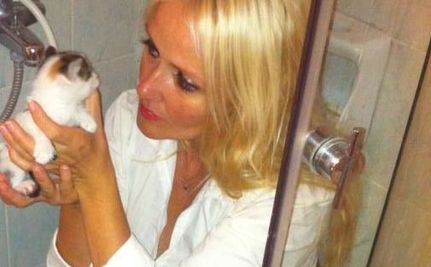 Here is the piece about the 151 Victims of Mass Shootings in 2012 and here is the video from the "10 Random Acts of Kindness" post we heard in the latter part of the show:

Have a happy Winter Solsitice and a great holiday...see you on December 26th! 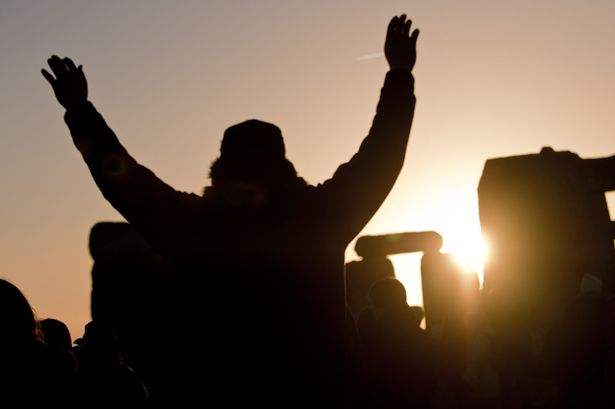 *remember the daily podcast is on the new Website located here!

Don't forget that the daily podcasts and updates are on the new website located here! 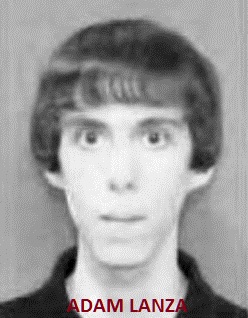 This is the face of the clearly pyscopathic and cowardly bastard that allegedly first killed his mother and then drove her car to the elementary school where, reports say, she was a teacher and killed 20 students, 6 adult staff and then himself.

I was going to do a special Saturday show...there are a few things that involve the coverage and politics that I want to say but I am still too angry and saddened by what took place in that small town of 27,000 plus yesterday.

What I am thinking about now is why would his mother "collect guns" if she knew her son had a mental illness? There are reports of him having a disease where he could not feel pain. His brother Ryan, who was mistakenly identified as the killer initially, suggested that he may be "autistic".

The reports about his behavior and demeanor from past classmates indicates a very disturbed young man indeed.

No doubt his mother was  a member of the NRA...that evil band of bastards that uses propganda and lies to scare the stupid in this country with bullshit like "they are gonna take your second amendment right and guns away if there are steps taken like banning the assault weapons.

This was the NRA's Christmas gift to this sleepy littl;e town in Connecticut.

This is the latest report, as of the time of this posting:

(Reuters) - Investigators have found "some very good evidence" to explain what drove a 20-year-old gunman to slaughter 20 children and six adults at an elementary school in the small Connecticut town of Newtown, the site of one of the worst mass shootings in U.S. history, an official said on Saturday. 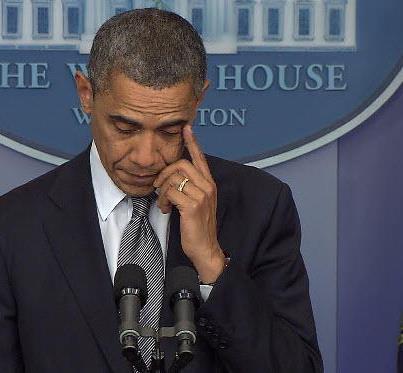 According to the Reuters piece:

Nancy Lanza legally owned a Sig Sauer and a Glock, both handguns of models commonly used by police, and a military-style Bushmaster .223 M4 carbine, according to law enforcement officials who also believe Adam Lanza used at least some of those weapons.

Nancy Lanza was an avid gun collector who once showed him a "really nice, high-end rifle" that she had purchased, said Dan Holmes, owner of a landscaping business who recently decorated her yard with Christmas garlands and lights. "She said she would often go target shooting with her kids."

President Obama was visibly shaken yesterday as he made his official statem ent. Again he brought up gun control and it will not be long until the gun nuts in the country start winging on about there god damn second amendment rights.

Perhaps if it was their six-year-old lying bloodied and dead in a classroom they would think twice about spewing out the fear mongering crap that the leadership of the NRA puts into the miniscule brains.

I will talk more about this, and will lay former Governor Mike Huckabee- a christian taliban personality now on FOX NEWS on the program Monday. By then the authorities will have released more information.

This was this morning's press conference with Connecticut State Police Lieutenant Paul Vance.

My heart is breaking for the parents that rushed to that schol, hoping against hope, that their child would be located and later found out that it was not possible because a crazed person that had access to hand guns and an automatic weapon (which he thankfully left in the trunk of the car) had, with a blink of an eye, took that hope away.

Expect a three hour show Monday. See you all then.

As promised on the program today here is the story link to the Nazi Prison like search and lockdown of the students of Casa Grande, Arizona's Vista Grande High School....just click the picof the kid in jail below. 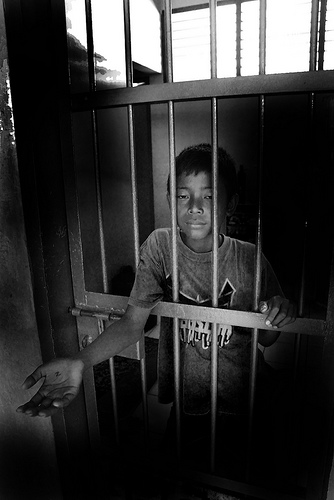 I am currrently trying to get my social security disability (first attempt was denied). I really do have a few medical issues which makes me truly disabled according to my doctors, and lots of meds I have to take that exhausts me, so I am not trying to live off the "public dole" for the hell of it.

My partner's job ended when baseball season ended here in San Diego and we are fighting to get by at the moment so we are some of ther "poor" you hear talked about and if I earned it via doing this program please consider helping us out with a donation...the amount is up to the listener!

I put up a paypal donation button...over on the right side of page >>>

Took the day off from everything yesterday and I completely forget that it was the 32nd anniversary of the murder of John Lennon.

"The murder of John Lennon is the tragic finale to an entire era, the reminder that once an artist becomes as popular and as political as he was, his enemies will be waiting to make sure his messages never appear again to awaken the slumbering youth." - Mae Brussell

In hour three of tomorrow's program I will introduce you to Mae- clearly the forerunner of politiocal left talk radio and what she had to say just days after the murder of Lennon.

In the meantime, here is a documentary that goes along with the official story...we will talk about the
REAL story behind the murder of John Lennon in a special third hour of tomorrow's show.

HERE IS A GREAT TOUR OF CAT ISLAND IN JAPAN:

Until I read today's story I thought there was just one cat island in Japan...there really are two of them! Bless the folks that live there and take care of all the kitties! 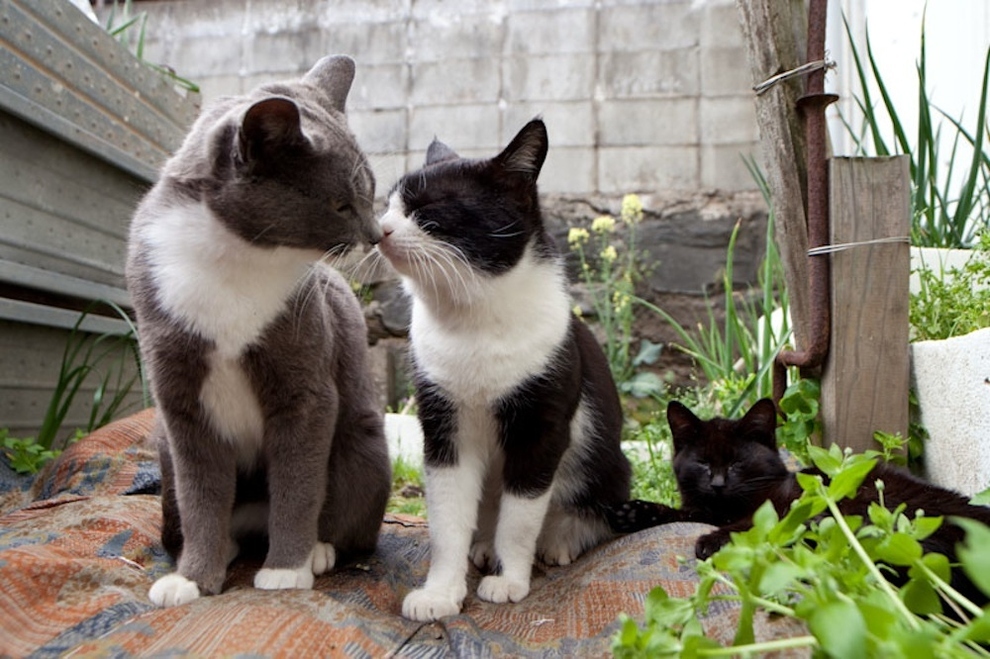 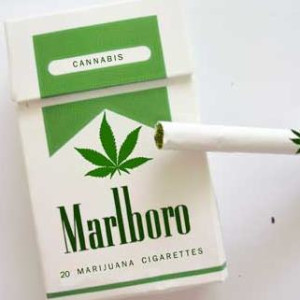 Here are some links from the stories presented on the show today:

Five Things You Should Know Before Smoking Pot In Washington State

Why I Don't Want to Be a West Point Graduate

Did not get to this on show:

I KNOW I AM SUPPOSED TO BE HAVING A COUPLEOF DAYS OFF!! 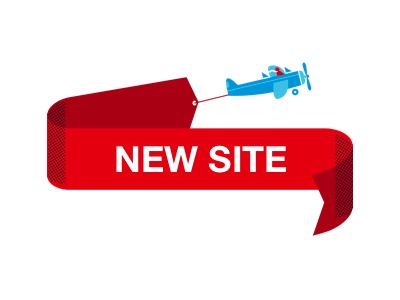 But I was turned on to a nifty site yesterday and decided to use it to build a new site that have everything I do in on place!

I will still cross post here but yo willfind everything on the new site....just click the pic below to visit it in a new window! 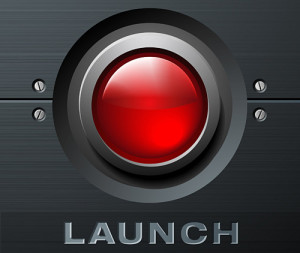 Twenty days until Deecember 21st...maye by then we will get some response from President Obama about the treatment of Bradley Manning...but the world is more likely to end and prove the Myans right. 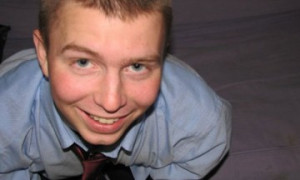 One story I did not get to this week is this one:

Senate votes down indefinite detention of Americans — or does it?  The latest draft of the NDAA remains problematic and may not even protect citizens from military detention.

And I cannot help thinking that some of Bradley's mistreatment was because he is self described as "effeminate" and openly gay...

Again it is just a gut feeling and I suspect he was coerced into doing some "naughty" things on the sly while in custody and stark naked. Maybe that will come ouut in the wash one day in the distant future.

And are Democrats and President Obama standing up for his rights to apeedy trial and fair treayment as a US Citizen?

President Barack Obama says he's been assured by the Pentagon that the Army private suspected of giving classified information to the WikiLeaks website is being held in conditions that are "appropriate and meeting our basic standards." 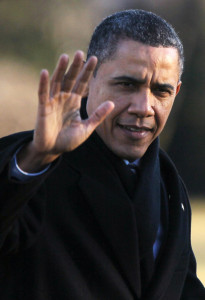 By insisting that the treatment of Bradley Manning in the marine corps brig was "appropriate and meets our basic standards", Obama is saying that it is normal to hold hundreds of navy and marine prisoners in conditions that the majority of the world community would consider torturous (US legal scholars voice outrage at treatment of Manning, 11 April).

The world should not only be looking at Manning's treatment but that of every prisoner being held in US navy confinement facilities. Obama's justification of Manning's treatment makes him worse than Bush and Cheney, as they justified their torture by claiming it was for the purpose of obtaining intelligence on terrorist activities. Obama as commander-in-chief is permitting cruel and inhumane treatment of prisoners in brigs for no other purpose than to make an example of those violating the Uniform Code of Military Justice.

I would not hold me breath. Since that was written it has been nearly a year and a half. 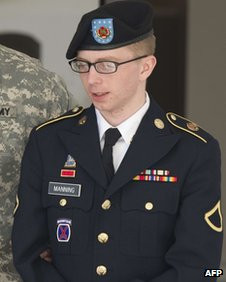